The heavy lifting has been done and the solution for persistent underdevelopment in postcolonial countries now exists. It’s called the Implicit Curriculum of Higher Education and the full details are on our site. All that remains to be done is to implement it so that developing countries can begin to indigenously supply the effective managerial leadership required for development in the quantities they need instead of relying on scarce expatriates from the West and China.

For 2 years, the guardians of the development space such as academia, the World Bank, IMF, and others have been aware of our breakthrough solution that is based on their own foundational premises and empirical facts. Yet, the solution is ignored. Instead, the source of underdevelopment that the solution targets remains a taboo subject, the “elephant in the room” that every major player in the development space actively avoids like the plague. These experts are yet to inform the world of how a problem can be solved by avoiding its cause in all their investigations.

At the same time, the constantly implied promise of higher education is that it will provide such leadership systematically. It is the default and only source of supplying indigenous managerial leadership. But the promise has proven empty. Developing countries have accumulated higher education graduates in large numbers who cannot provide the managerial leadership of expatriate agents who operate successfully in their midst under the same conditions that allegedly hold locals back.

In effect, higher education has served developing countries as technical or vocational training with a fancy name. Poverty, corruption, bad governance, instability, dependence on the advanced economies, and hopelessness for the masses are merely the symptoms of the attempt to operate the economic model imposed by colonialism without effective managerial leadership and with technical knowledge alone.

Underdevelopment is therefore not a failure of developing countries. It is a failure of education that promises to deliver such leadership but consistently fails to do so, not recently but never. This is the problem that our solution addresses. But it is also the problem that the guardians of the development space actively avoid and deny, a position that is quietly endorsed by the deafening silence of the privileged educated elite in developing countries.

So as the vast majority of the human population languishes in the degradation and hopelessness of persistent underdevelopment, the guardians of the development space continue to perpetuate the false hope that they’re doing “something” about it at the highest intellectual level, that they’re making incremental progress towards a solution. Nothing can be further from the truth.

Despite the size of the resources that it consumes and the hope of humanity invested in it, the development space has remained intellectually stagnant since the 1950s when Robert Solow narrowed down the underdevelopment problem to the concept of TFP.[1] No other area in the study of the human condition has remained so gratuitously and wantonly stagnant. At the same time, organizations in the development space have become increasingly bold in their complete disregard for reality.

For example, the highest award in the field of economics, the Nobel Prize, has been awarded several times for “underdevelopment” while the problem remains unchanged. Huh? As if that’s not bad enough, the latest recipient has the temerity to openly claim that there can be no “grand theory” or solution that can solve underdevelopment.[2] A statement that happens to be false.

Every approach to the underdevelopment problem has failed miserably exactly because they have been piecemeal. And it’s been obvious for a long time that the sum total of ALL piecemeal “solutions” does not add up to a viable grand solution. By definition, a grand solution is whatever will predictably and systematically make the indigenes of a developing country perform as effectively as the expatriate agents who already operate in their midst. Given the seriousness of underdevelopment in our world, the search for a grand solution should have been the singular, unrelenting commitment of the development space with the urgency of the Manhattan Project. Not temporarily but permanently until such a solution is found. That hasn’t happened. But there’s no need for that anymore, as all the work is already done by us.

Nevertheless, to claim that no grand solution can exist is not only the epitome of the arrogance of “knowing everything”, it condemns developing countries–the vast majority of humanity–to eternal penury. The same intellectually bankrupt echo chamber that allowed such a declaration without challenge is the same one that peddles doomed-to-fail MDGs and SDGs that give the appearance of incremental R&D progress in the development space while in fact, they are activities irrelevant to solving the problem.

Worse yet is the unprovoked announcement by the World Bank in 2016 not to use the term “developing country” any longer for describing the global south.[3] Mainly because middle-income countries are comparable with low-income countries according to the Bank’s subjective measures.

It was a shocking broadcast that the World Bank is not only in denial of the essence of underdevelopment, but also engaged to classify it out of existence. The realistic interpretation of their premise is that middle-income Malaysia is more like the US than low-income Malawi because Malaysia has a wider and deeper penetration of expatriate managerial leadership in its economy than Malawi, where expatriate penetration is meager and sparse. This fact can’t be wished away. Middle-income and low-income countries merit the “developing countries” designation precisely because both are almost totally dependent on expatriates and the diaspora of developed countries for effective managerial leadership, with no means to attain self-sufficiency. Furthermore, the so-called middle-income trap exists because middle-income countries either can’t afford or tolerate the additional level of expatriate penetration needed to raise them to developed status.

The World Bank announcement signals that “higher education for development” is an empty slogan the Bank itself does not believe in. And that the only means to indigenously fill the dire shortage of managerial leadership in developing countries is not expected to work–FOREVER. What an “uplifting” message from an organization with the primary directive to reduce poverty.

Research in the development space has proven to be self-serving dynamism that is tuned out from the real problem. If the situation was not so serious, if the suffering of billions of people was not involved, all of this would be hilariously comical. The time for change is long past due.

[1] “What Is the Basic Theory of Robert Solow?” https://bit.ly/3zfzTxm

[3] “The World Bank is eliminating the term ‘developing country’ from its data vocabulary” https://rb.gy/lv9nqf

Addressing the Wealth and Poverty of Nations

Ever since that time, economic development has separated nations in our world. Nations in the West and a few in Asia (China included) now express the language of the economic model fluently. As a result, they have enjoyed continuous economic development.  while the majority of humanity has lagged behind and have lived in persistent underdevelopment. There has been no means for them to learn the language required to operate the industrial revolution with success.  That is the SINGULAR reason why some countries are rich and most are poor.

The countries that are fluent in the language of the economic model, developed countries, do not see their own development in the way we present it here. As a result, they do not have a way for even their own people to deliberately acquire the language of the economic model. Instead, some believe they are developed because they have superior intelligence or because they hold superior moral values.

But Human Rethink sees it that way. When compared with developing countries, developed countries consistently interpret the economic model correctly and respond with expressions that create results measurable as effective management, administration, entrepreneurship, and innovation that sustain and propagate development. Maintaining such vigilance on a permanent, ongoing  basis is too demanding to be a matter of conscious will. Instead, it has to be an unconscious process acquired in their culture. The only other human phenomenon that comes close to that is the use of language.

The language of the economic model is not taught in formal education. So, it must be acquired passively in the cultures of developed countries. That is why the economic model has not been thought of in that way, and the reason why conventional education is not enough to impart the language to others and developing countries continue to accumulate large numbers of higher education graduates while underdevelopment and its symptoms remain persistent.

For developing countries, education that does not impart the language of the economic model amounts to technical training, good only for getting a job. It does not impart competency in the managerial, administrative, and entrepreneurial abilities needed to create good, enduring jobs in the economy and to maintain and improve infrastructure or to operate social institutions efficiently.

Human Rethink has come up with a way for developing countries to integrate the language of the economic model with their existing ability to use language. This new way of learning is called The Implicit Curriculum of Higher Edition.  With our solution, persistent underdevelopment in our world and its symptoms of economic stagnation, instability, and poverty can become a thing of the past.

The hard work has been done. All that remains is to adopt the Implicit Curriculum. That is why this website exists and why the Human Rethink Podcast exists. We ask that you join us to make this happen. 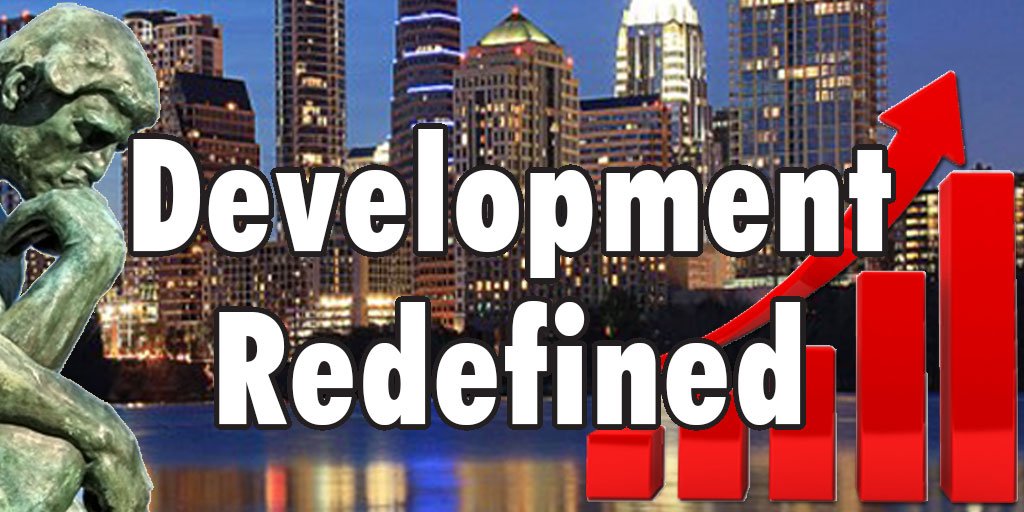 Why is higher education ineffective for development?

The Implicit Curriculum of Higher Education

The Inclusive Theory of Change

The Implicit Curriculum, along with the Inclusive Theory of Change derived from it, constitute a higher-order paradigm that is proven true by the performance of graduates in the real world as effective managers, entrepreneurs, and innovators. In contrast, conventional explanations have served to only explain the status quo. They include biological, moral, statistical, psychological, mathematical, and economic explanations. Compared to the Implicit Curriculum, conventional explanations are ineffective placeholders that have failed to make development happen. They have failed because they do not challenge the narrative of ‘higher education for development’ in developing countries and, instead, divert attention away from ineffective education by citing causes that ultimately hold developing countries responsible for their plight. Moreover, conventional explanations cannot be falsified—Human Rethink 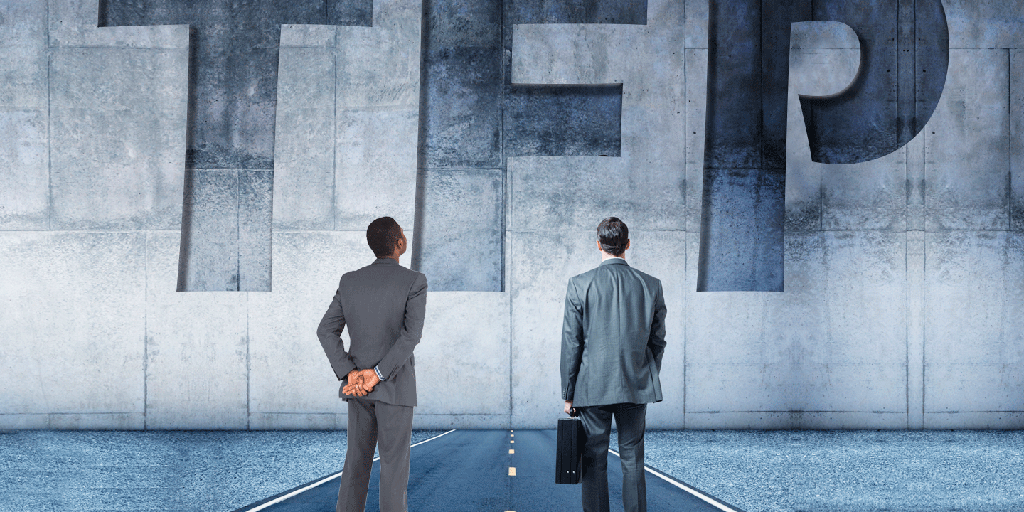 Although more specific that Adam Smith’s “invisible hand,” the concept of TFP (Total Factor Productivity) marks the boundary of what is objectively known about the difference between development and underdevelopment, beyond which redundant speculations begin. To be useful, any answer to the TFP puzzle must translate into a means for equalizing productivity differences between developed and developing countries. The Implicit Curriculum does that—Human Rethink